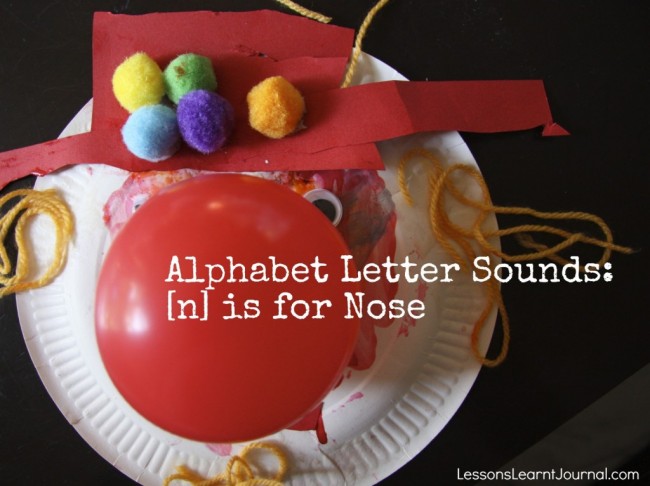 To further support the learning of the alphabet letter sound [n], make a big-nosed clown. 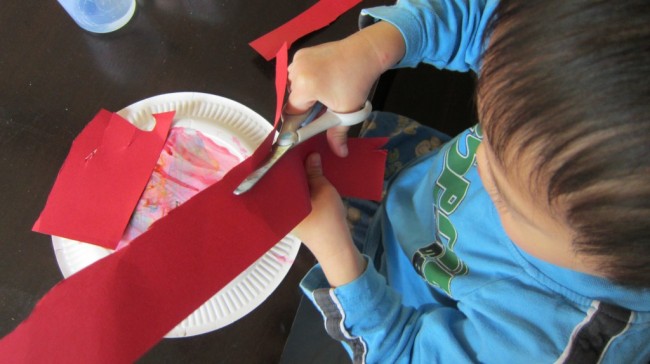 Cut shapes for a hat from cardboard & paste it onto the paper plate. Cut out a paper mouth and add that to the paper plate. Stick on some eyes. Decorate the hat – (we used some pom poms) and cut up some yarn and glue it on for hair (and in our case also a beard).

Goodness, this face looks quite scary! M was obsessed with the colour red. He was also fixated on cutting things up. 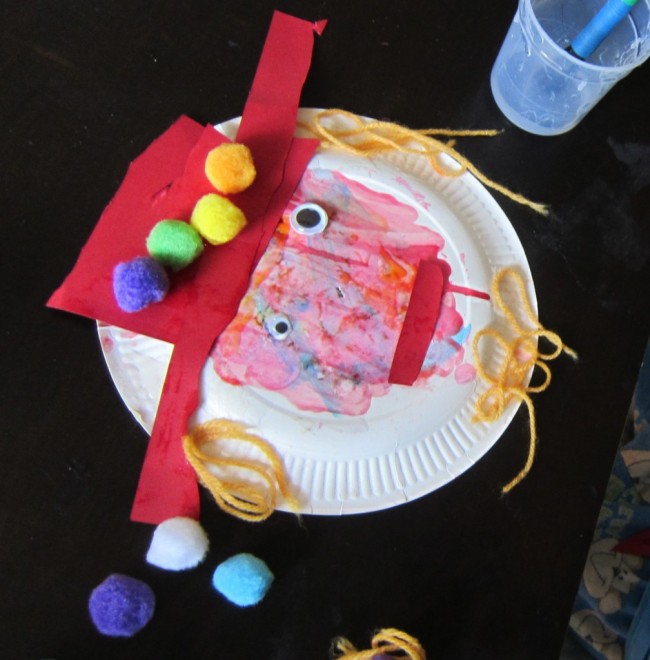 Blow up a balloon a little way and poke it through the hole, and you have one big-nosed clown. 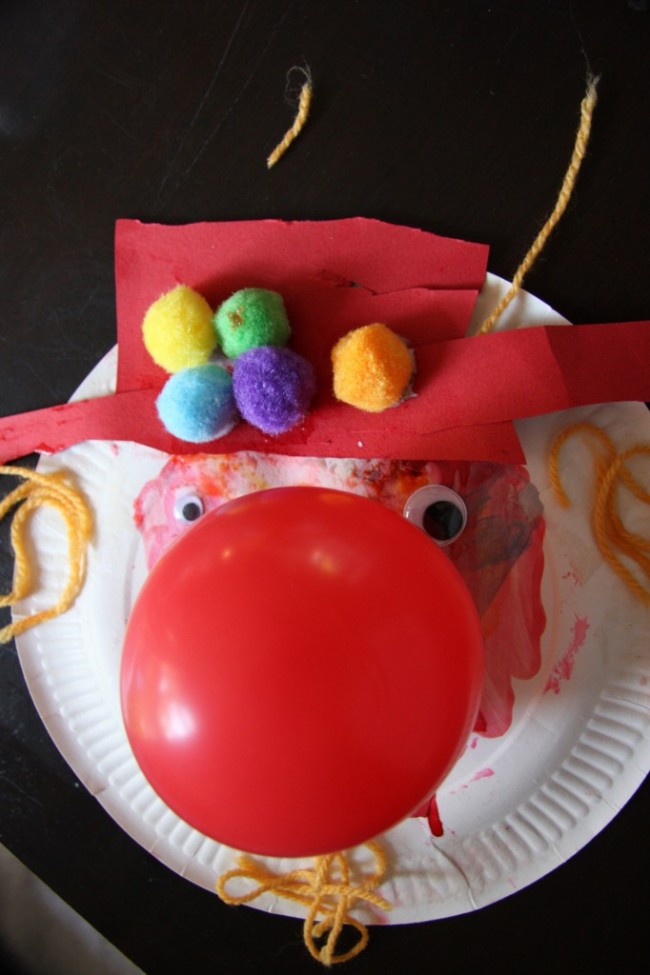 Looking for more ideas to teach letter sound ideas?
[m] is for mixing the wonderfully sweet
[a] is for chocolate fairy apple
[s] is for stars
[e] is for egg