Maths: Does Your Child Know Their Numerals?

Mr. Two Year Old and my Bubba, Miss. K have just settled down for their afternoon nap. I have shooed my preschool twins Mr. N and Mr. M outside to play. When bodies just want to run and jump, everyone is happier outside.

Inspired by a preschool visit where they take learning outdoors, I pick up our blue sheet, a stack of numeral cards and a die. In between their scooter and running races, we sat and played a quick maths numeral card game. 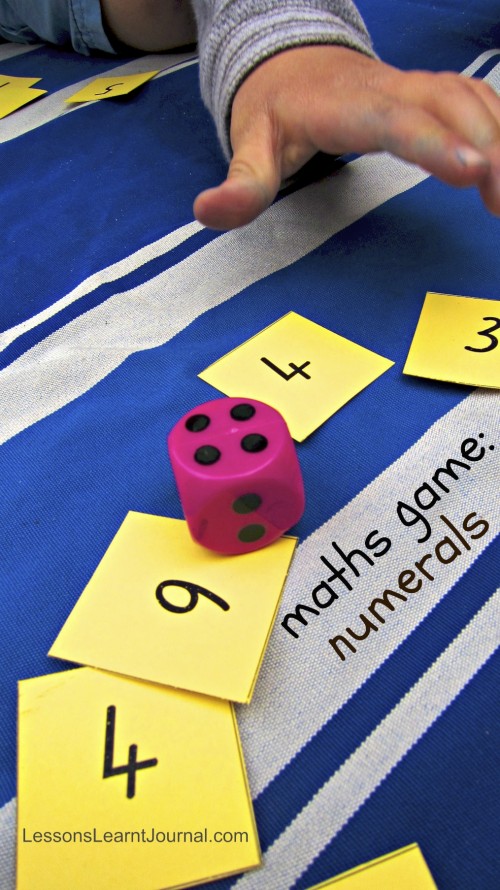 This game helps children work towards: 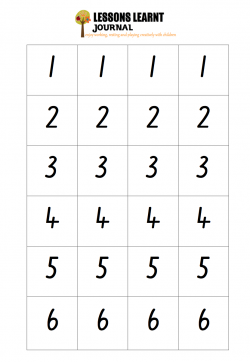 Place the numeral cards face up on the ground. Take turns to roll the die and pick up the corresponding numeral card. If the card has already been taken, the child forfeits a turn. Play until all the cards have been taken. 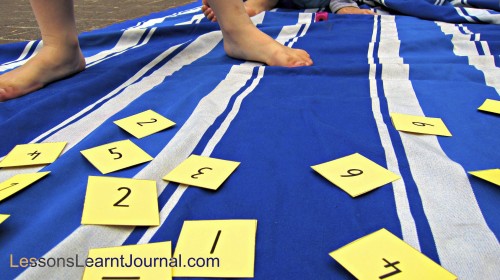 You can play as a team with the goal of picking up all the cards. Or you could have a competition to see who can pick up the most cards.

Identifying vs. Naming a Numeral

When children are just beginning to identify and name some numerals, it is important to consider that identifying a numeral and naming a numeral are different skills.

An example of naming a numeral:  A child is able to say the number word ‘two’ when presented with a numeral card with the numeral ‘two’ on it.

Some children may be able to identify numerals, but find it difficult to name a numeral. As such, it is important to ensure children are given opportunities to practise both identifying and naming numerals. 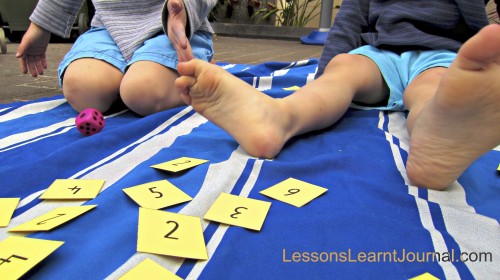 Does your child need more practise with their numerals? Here are some more maths games that work with numerals.
Dice Bingo – Subitising
Button Paperclip Number Cards
Counting: Handful of Buttons

(I originally published a version of this post on KidsActivitiesBlog.com).