Every school lunchtime, in a patch of dirt under the shade of a row of large trees, the entrepreneurs would set up their marble game. These 8- 12 year olds would not be shy about attracting players to their marble game. “Play for keeps,” some would shout. Others would be content with games of “friendlies”.

Children would take out their marbles. There were all colours, sizes and patterns: galaxy marbles, cat’s eye marbles; pearl marbles.

Games would be played. Some involved lines or rings drawn in the dirt, others involved little holes scratched out of the earth.

The beauty of playground games is that children usually learn them from each other and not from adults. The rules are never fixed – they can be changed just as long as everyone in the game agrees.

Here’s a version of a game of marbles I remember playing in primary school. There are actually lots of different ways of playing this game. If you know different versions of this game, I would love to hear about them. 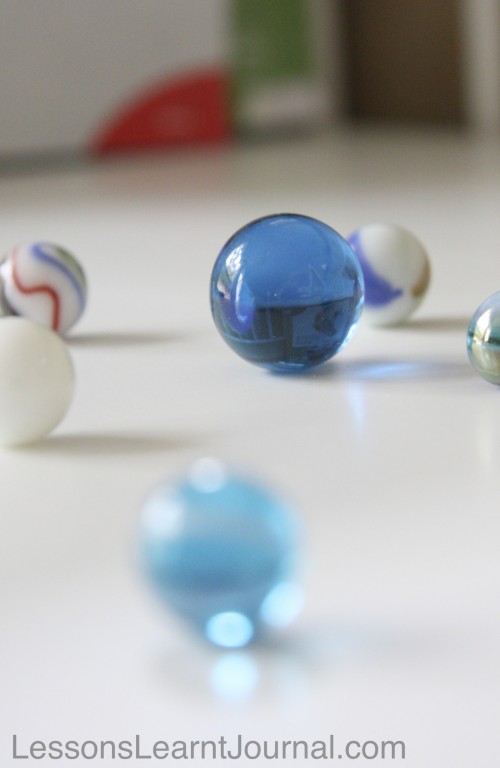 Before beginning this marble game of follows, two rules must be agreed upon by the players:

2. Clears or No Clears? Clears means that you can clear away any sticks, stones or other obstacles between you and your target. No clears means you can’t do this. 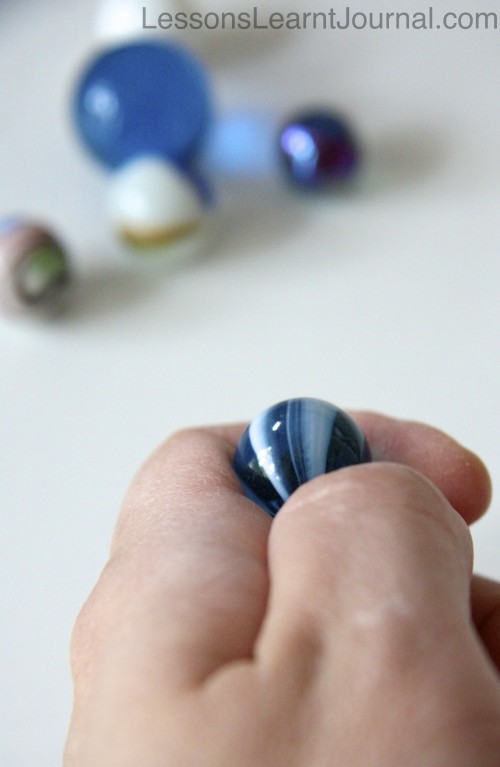 This is particular marble game usually played by two people. Each player needs only one marble.

To decide who will start, draw a line on the ground. Each player then throws their marble as close to the line as possible. The closest to the line starts the game.

The aim of the game is to hit your opponent’s marble three times in a row.

Each player takes it in turns trying to hit each others marble.

If the marble is hit, you get another shot.

If it misses, it’s your opponent’s turn. 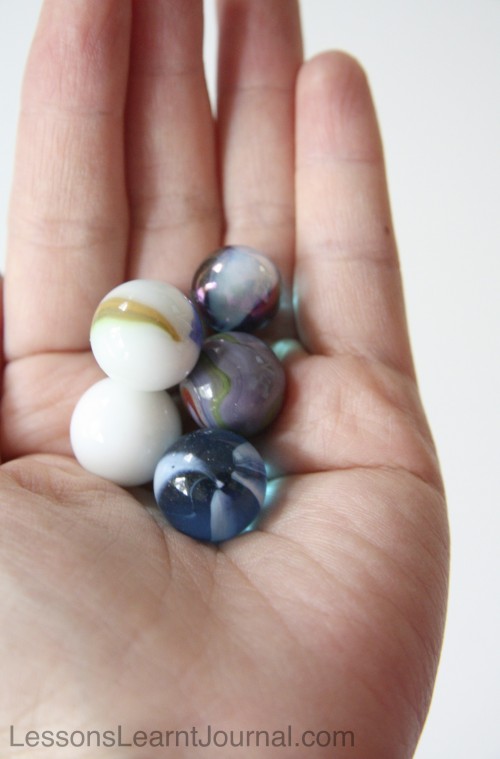 Did you play this game as a child?

Do your kids play this marble game now in the playground?

(I originally published a version of this post on KidsActivitiesBlog.com).

Check out our other marble games.

Paint it: Let the good times roll with dinosaurs.