Kids in Motion: Bounce, Spin and Flip for Mental Growth

Fists clench. “That’s mine!” My child just declared war over a prized toy.

Dad steps in and deploys a tried and tested distraction tactic. Our child is picked up, thrown gently into the air, spun around and flipped upside down to finish.

There’s a voice in my head that yells, “CAUTION!” whenever I see kids experiencing high velocity maneuvers , (well high velocity relative to their size). But the results speak for themselves. Kids in motion: they love it. 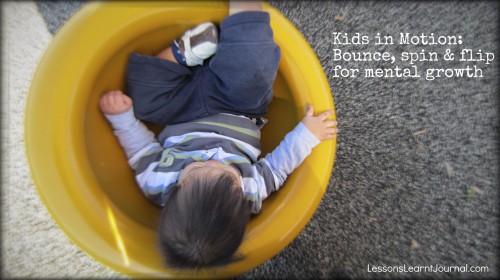 Encourage kids in motion. Let kids bounce, spin and flip. They love it and it’s good for their mental growth.

When kids are born, their vestibular system, which allows them to perceive their body’s movement and degree of balance is highly developed. As one of a child’s most mature senses, the vestibular system provides a fast track into their developing brain. All that rocking, jiggling and carrying is not only soothing for kids, it’s good for their minds. Eliot (1999, p.156). 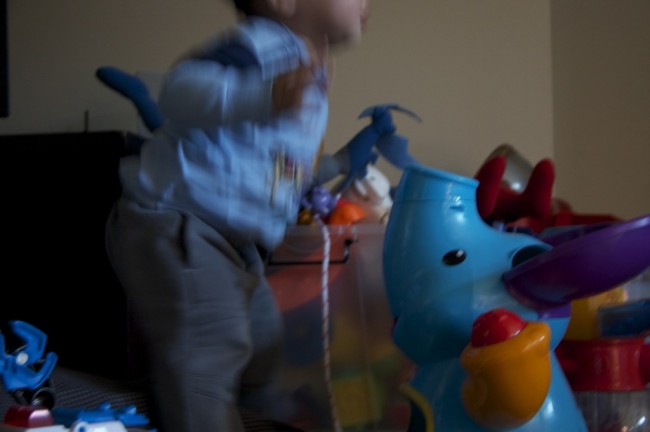 Interesting tidbits about kids in motion: 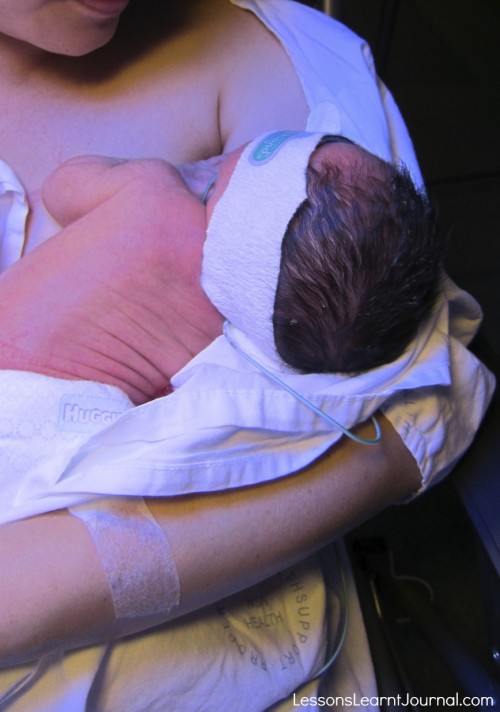 Providing children with experiences that stimulate their vestibular system (i.e. their sense of motion and balance) is not only fun for the child, but also helpful for their developing minds. Encourage kids in motion. Let kids bounce, spin and flip. They love it and it’s good for their mental growth.

One of my sons, M has delayed speech. In one of our earlier sessions with his speech therapist, she recommended extra playing time on our trampoline as such play would provide his brain with the feedback he may need to help his mind develop so that other skills (like his speech) may mature. At the time when she recommended this, I didn’t quite understand how time playing on a trampoline would help my son with his speech. However, now that I have learnt more about the vestibular system and the highly cumulative nature of mental development in children, the extra sessions on the trampoline makes more sense.

Help your kids’ mental growth by letting them to be kids in motion, with many happy bounces, spins, flips!

Eliot, L 1999, ‘Why babies love to be bounced: the precocious sense of balance and motion’, in What’s going on in there?, Bantam Books, New York