vocabulary & weekly books 2011 nov weeks 2 and 3 the original cooked play dough: a must for any hospital stay

paint it: let the good times roll with dinosaurs 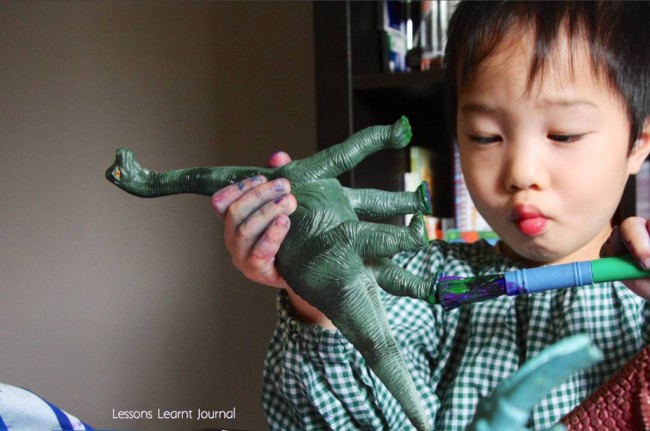 Paint it! That was Day 20’s Challenge from the 30 days to Hands on Play hosted by the Imagination Tree & Hands On: As We Grow. Here’s how we played.

We started with some marbles, paint, baking trays and coloured paper. 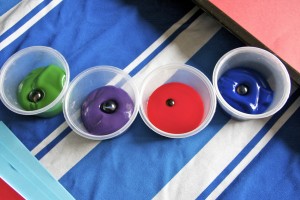 N & M have not tried rolling ball art before. I did a quick demo and they jumped straight into it themselves. 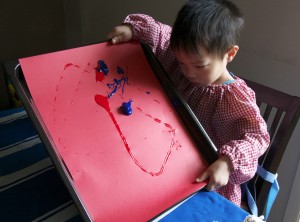 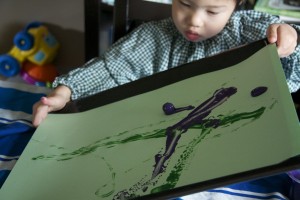 They had so much fun rolling one marble around, they decided to add more marbles to their trays. 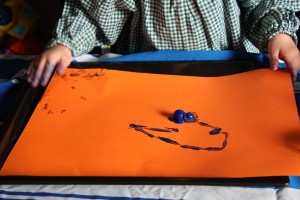 M moved onto using his hands. He experimented with different ways to move the marbles around: using a pinch grip and also rolling them around using his palms. 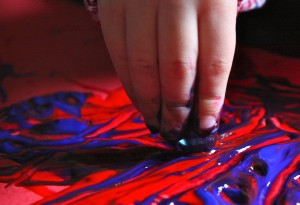 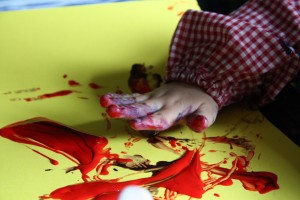 Then he left the marbles behind and decided to just move paint around with his hands – swoosh! 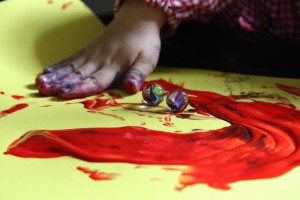 I then brought some dinosaurs to the table to join in the fun. I asked them to make some dinosaur footprints. Spoons and brushes were used. 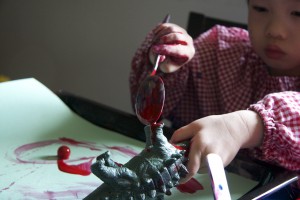 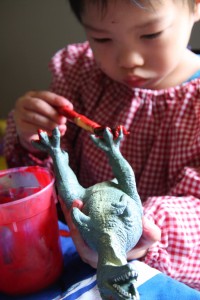 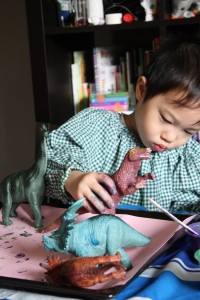 N had the brilliant idea to combine both rolling ball art and dinosaur fun. 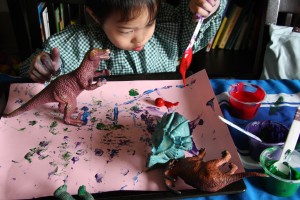 The dinosaurs had a wild ride. 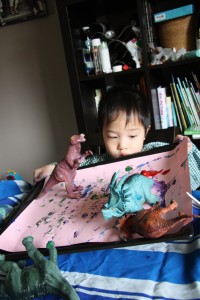 M decided to paint dinosaurs. His favourite colour at the moment is red.
(I think the expression on Mr. T-Rex is priceless.) 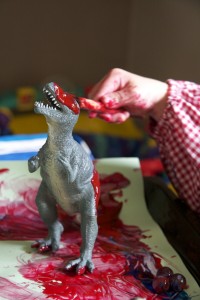 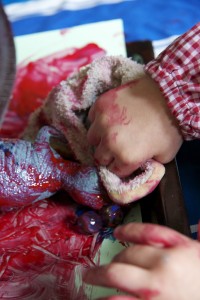 and painted him blue. 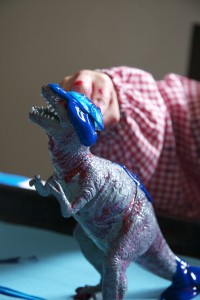 (Again, how fitting is the expression on Mr. T-Rex?)

The aim of this activity was to spend 15 minutes of uninterrupted time with my kids. We did that and so much more. By the time we had finished I was surprised to find that an hour had passed. We had so much fun playing together. Many skills were also practised through our play: fine motor skills, gross motor skills, life skills, language and creativity – all without the drudgery of dry drill & repetition. I could not have asked for a better morning.

This post was shared in the following linky parties: